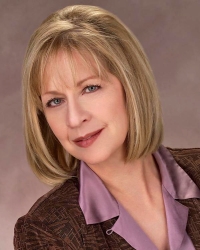 Daughter of the Saints: Growing Up in Polygamy 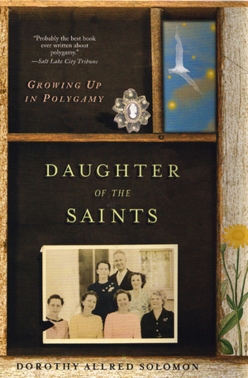 "I am the daughter of my father's fourth plural wife, twenty-eighth of forty-eight children—a middle kid, you might say."

So begins this astonishing and poignant memoir of life in the family of Utah fundamentalist leader and naturopathic physician Rulon C. Allred. Since polygamy was abolished by manifesto in 1890, this is a story of secrecy and lies, of poverty and imprisonment and government raids. When raids threatened, the families were forced to scatter from their pastoral compound in Salt Lake City to the deserts of Mexico or the wilds of Montana. To follow the Lord's plan as dictated by the Principle, the human cost was huge. Eventually murder in its cruelest form entered when members of a rival fundamentalist group assassinated the author's father.

Dorothy Solomon, monogamous herself, broke from the fundamentalist group because she yearned for equality and could not reconcile the laws of God (as practiced by polygamists) with the vastly different laws of the state. This poignant account chronicles her brave quest for personal identity. Originally published in hardcover under the title Predators, Prey, and Other Kinfolk.

"A remarkable tale. . . .[Solomon] is outspoken and frank, free of the dissembling to avoid prosecution that she calls 'practicing Mormon logic.'" —Janet Maslin, New York Times

"Probably the best book ever written about polygamy. It is neither an apologia for polygamy nor an exposé. . . . It is a psychological study about how polygamy shapes those trapped in it, even willingly. . . . [T]his is, we know from the opening sentence, a writer we can believe." —Martin Naparsteck, Salt Lake City Tribune

"Solomon chronicles the hardships and costs of polygamy, but she also writes respectfully and affectionaly of her childhood. . . . [Daughter of the Saints] will find a large readership because polygamy is intriguing for most of us, and because Solomon's prose is clean and forceful and lovely. But readers who pick up this memoir merely because they are titillated by the topic of polygamy will find that they are drawn in by the deeper story Solomon tells. She has written a memoir that is, to be sure, captivating in its polygamous particulars. But more importantly, she has written a memoir about universal things, about how to tell the truth and about the hard road of family love." —Lauren F. Winner, Newsday